Things to do on Lake Garda: 14 Must-See attractions

Lake Garda is a dream destination for tourists all around the world, and that is due to the special concentration of naturalistic and architectural beauties, the amazing landscapes, the warm climate, as well as all the art, the history, the culture, and the food that this corner of Italy can offer.

What to See on Lake Garda in a Day

A must-see place on the brescian coast of Lake Garda is the Hruska Botanical Garden, now property of the Andrè Heller foundation. With over 100 years of history, this botanical garden in Gardone Riviera spreads out on a surface of over 10.000 square metres and has different sections where, together with the typical vegetation of Lake Garda, you can admire tropical plants and species from remote areas of the globe such as New Zealand, Japan, Africa, and even the Himalayas. Among the plants, trees, and the numerous streams that give life to this little Garden of Eden, there are spaces dedicated to artwork of international artists.

The Vittoriale degli Italiani is the most visited mausoleum/monument of Lake Garda. Around 250.000 people visit the tomb of the “Vate”, Gabriele d’Annunzio, every year. It is also in Gardone Riviera, so its visit can be paired with that of the Andrè Heller Botanical Garden. 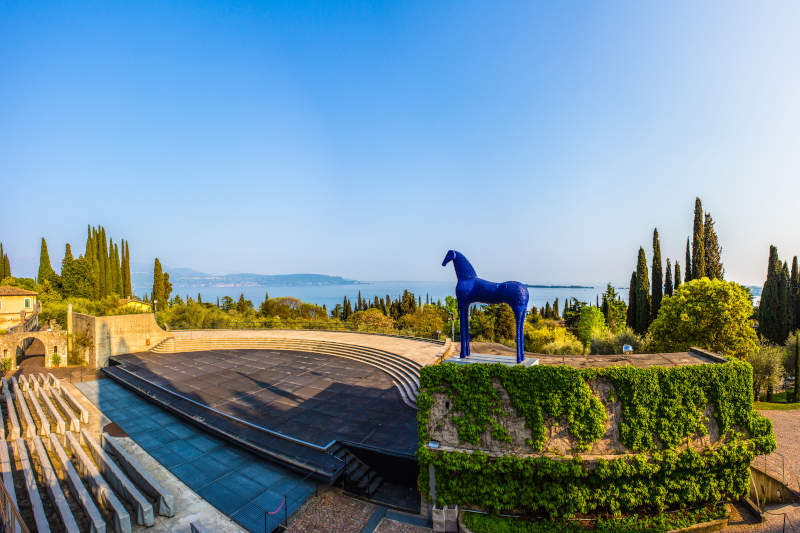 The Sanctuary of the Madonna del Rio of Salò

From the town centre of Salò begins the pleasant half-day hike towards the sanctuary of the Madonna del Rio, built in a cave where the Virgin Mary appeared in the 18th century. The walk from Salò to the church of the Madonna del Rio lasts around an hour and a half and flows through rows of olive trees. Near the sanctuary there is also a fairytale waterfall, and from here the path continues into the woods. It is a wonderful thing to see on Lake Garda with the children.

Among many beautiful things to see on Lake Garda, its many splendid islands can’t miss. The most famous and most photographed are Garda Island and Rabbit Island(l’Isola del Conigli) both of which can be admired in a single day thanks to our boat tours. 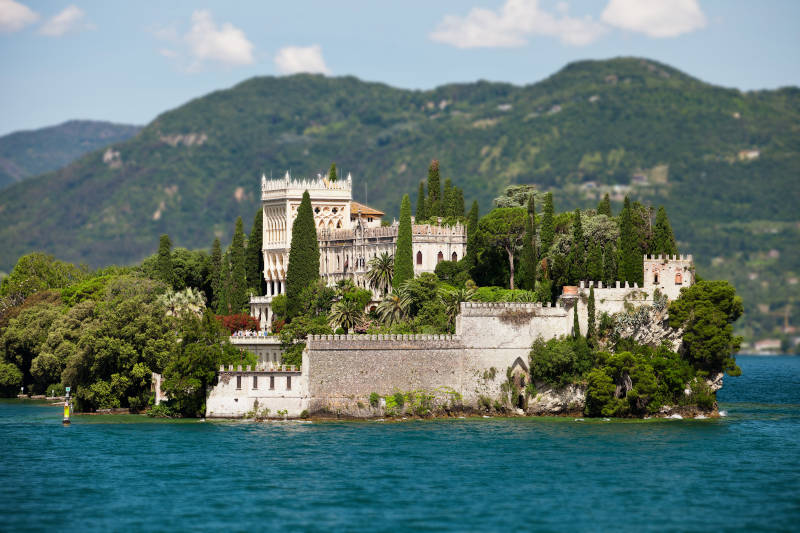 What to see on the brescian coast of Lake Garda? An attraction with historical roots that strongly distinguishes this area are the renowned lemon groves.

The warm climate of Lake Garda has always favoured the cultivation of mediterranean species like olives and lemons. Some lemon groves can still be visited today, like the Limonaia del Castel in the town of Limone sul Garda, who owes its name to the cultivation of this citrus fruit, and the Limonaia La Malora in the town of Gargnano. This latter lemon grove, whose structure dates back to the 1500s, functions perfectly to this day and produces around 20.000 lemons a year. 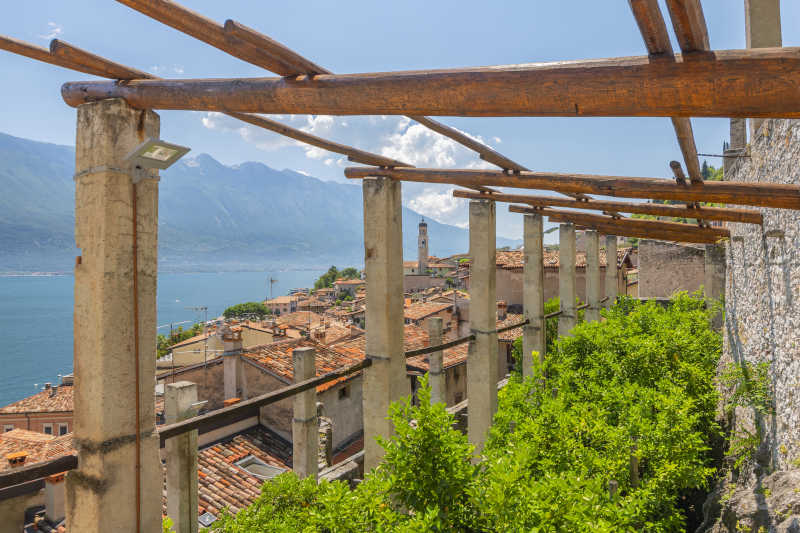 The Castle of Sirmione and Catullo’s Grottos

Something that couldn’t miss in our list on things to see on Lake Garda and its surroundings is the wonderful town of Sirmione, which offers a lot to tourists: beaches, thermal spas, labyrinth alleys, the ancient roman villa known as Catullo’s Grottos, and the imposing Scaligero Castle which is also the entry point to the town centre. 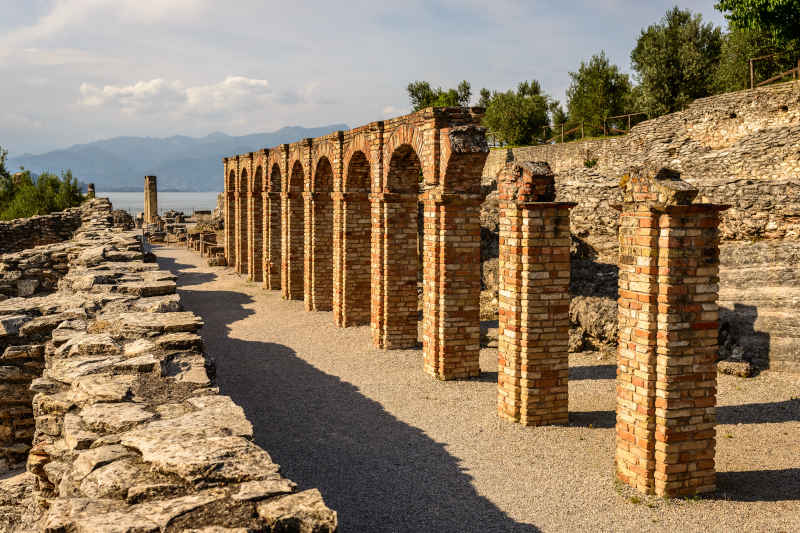 What to see on Lake Garda in 2 Days

For centuries Toscolano Maderno has been the hub of the Paper Valley and the prosperous paper industry. The recently constructed Paper Museum rose in one of the ancient factories and tells the story of this paper district, where money was printed until 1948.

On the Trentino coast, 3 kilometres north of Riva del Garda is the Varone Waterfalls Cave Park, where the Varone river dives in a narrow rocky gorge, creating a spectacular 100 metre waterfall

Sanctuary of the Madonna of the Crown

Something to see on the Verona coast of Lake Garda is the Santuario Madonna della Corona (Sanctuary of the Madonna of the Crown) that was built along the rocky surface of Mount Baldo at a height of 774 metres above sea level. The left wall and the apse of the church were built from the rock of the mountain. 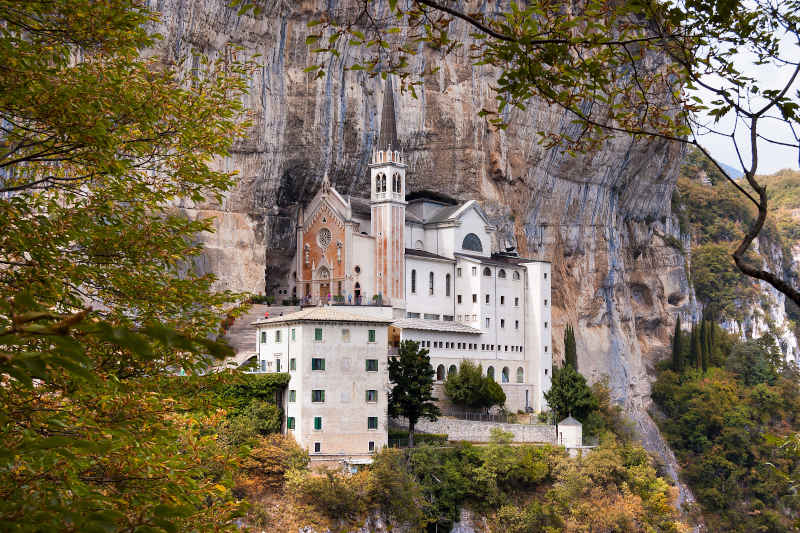 The refined beauty of Punta San Vigilio led to it being defined as the “Portofino of Lake Garda”. In this strip of land there is the enchanting Baia delle Sirene (Mermaid Bay) and many other places of interest such as the 1500s house Villa Guarienti.

What to See on Lake Garda in 3 Days

The Reserve of the Rocca of Manerba

With more time available you can explore in more depth the Lombard coast of Lake Garda, where you can find the touristic town of Manerba del Garda, which together with its splendid beaches offers its tourists the spectacular Natural Orientated Reserve of the Rocca and the Sasso. It is a protected area of 900.000 square metres which possesses numerous well-marked paths for lovers of trekking and panoramic spots with amazing views over Lake Garda, first of all being the Rocca of Manerba, a rocky spur where you can find the remains of a medieval castle.

The Reserve of the Rocca of Manerba is a place rich in history, flora, fauna, and landscape beauty, whose roads are travelled by thousands of cycle tourists who choose Lake Garda for their holiday every year. For a bike trip to do on the weekend there is a ring-shaped bike path that begins and ends in Salò. 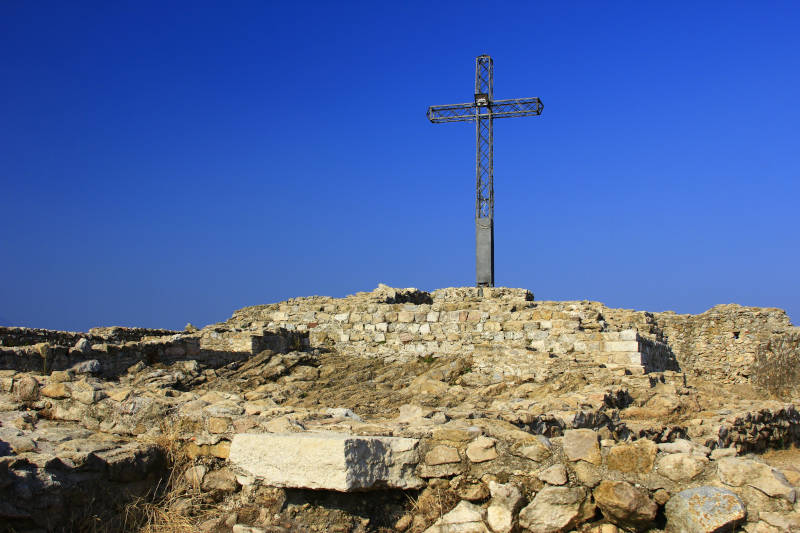 One of the main things to do on Lake Garda is cycle tourism. The landscape beauty of the area, mixed with the numerous perfectly marked bike paths and the many campsites and lodgings spread all along its perimeter make Lake Garda an ideal destination for cycle tourists.

The 150 km of circumference of the Lake can be divided in different stages that cross places of historical interest, liberty villas, castles, and breathtaking views. Once completed, the Garda by Bike circuit will be the most spectacular bike path in Europe.

The section of the bike bath of Lake Garda known as “Giro alto del lago” (high lap of the lake) is 85 km long and is recommended to the most trained cycle tourists, since the overall difference in altitude makes it rather demanding. It winds from Toscolano Maderno northwards until it reaches the town of Malcesine on the opposite side of the lake. Part of this circuit is on the suspended bike path of Lake Garda that connects the town of Limone sul Garda with Capo Reamol.

Many other bike paths unravel from Lake Garda, like the Strada del Ponale that connects Riva del Garda with Val di Ledro and the Bike Path of the Mincio that from Peschiera del Garda proceeds flatly southwards to the city of Mantova. 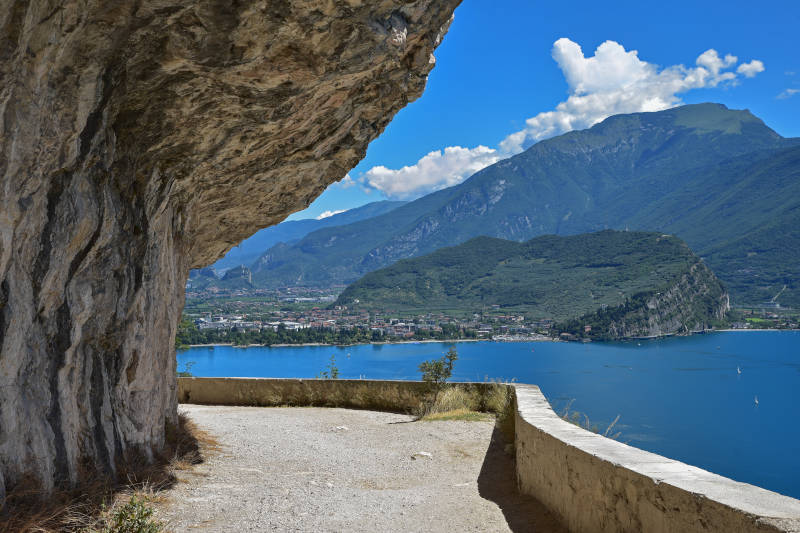 The most beautiful towns of Lake Garda

Medieval towns lovers can discover many small gems spread around Lake Garda. In the towns of Borghetto sul Mincio, Castellaro Lagusello, Cassone di Malcesine, Canale di Tenno and Rango you can enjoy an exceptional mix of traditions and landscape beauties.

For more information read: What is the most beautiful village on Lake Garda?

If you wish to ask for information on our Lake Garda Boat Trips visit our Homepage or contact us through the button here below.