Guide to Bergamo and Brescia Italian Capitals of Culture 2023

Italy is so rich in cities of art, history and culture that very often certain splendid but less renowned places and cities are overlooked. This is what happens in Bergamo and Brescia, which are less than an hour from Milan and a short distance from Lake Garda, but are often not at the center of the main tourist routes.

Things could change soon given that Bergamo and Brescia have been named capitals of culture 2023 taking over from the island of Procida, located in the Gulf of Naples, which had the honor of being capital of culture in 2022.

The nomination of a double Italian capital of culture is not usual, given that this title usually belongs to a single city, but it was certainly not a random choice. In the spring of 2020 both Bergamo and Brescia were the cities and provinces most affected by the arrival of the coronavirus pandemic. The 2023 Capital of Culture designation came shortly after, as a symbol of solidarity, togetherness and hope for brighter days to come.

Those days have finally come. The two cities have put together a series of joint initiatives and projects, around 600 in total, which point to promote their rebirth through various cultural exhibitions with the aim of sharing with the public and tourists not only their rich history, but also a ambitious perspective towards the future.

The challenge is to make Brescia and Bergamo known as inexhaustible artistic and cultural sources, in order to get visitors out of the bubble of the usual more famous and inflated tourist destinations and explore hidden but equally wonderful treasures. The calendar of events will include art exhibitions and music festivals, opera performances, with the official passage of deliveres on 18 January 2023.

The official inauguration will take place on 20 January 2023, in a joint event via a maxi screen between the Donizetti Theater in Bergamo and the Grande Theater in Brescia. In the presence of numerous political personalities and not only, this date will kick off events scheduled until the end of 2023. 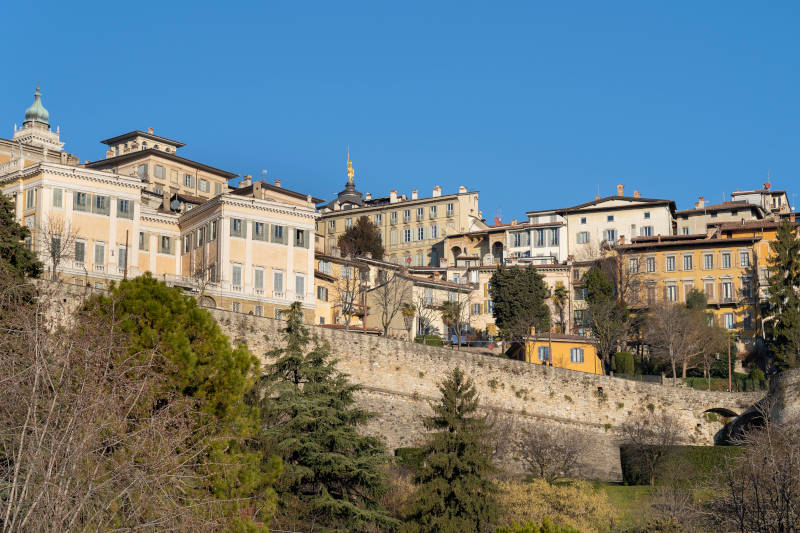 What to do and see in Bergamo

Bergamo is an elegant city divided between the Lower Town, where its civic center is located, and the Upper Town, which clings to rocky slopes at the top of a hill. A cable car connects the two areas. Bergamo Alta is often considered the main attraction, but the Lower area also has a lot of charm and showcases the city's history.

Do not miss Borgo Pignolo, a medieval district full of boutiques and refined buildings that often hide picturesque courtyards within them, the walk along the Sentierone, the most important avenue in Bergamo with arcades, tree-lined squares and the historic Gaetano Donizetti Theater, a large opera house dedicated to the composer native of Bergamo.

From the magnificent Piazza Vecchia, once the hub of the city, you can admire the Palazzo della Ragione, a Venetian-Gothic building and former town hall turned court that dates back to the 12th century. Behind it is Piazza Duomo, home to the opulent Basilica of Santa Maria Maggiore. In the adjacent Colleoni Chapel is the sumptuous mausoleum of Bartolomeo Colleoni, a famous 15th-century mercenary captain and one of Bergamo's most beloved figures.

For a good dose of art you can visit Palazzo Moroni, the Accademia Carrara and GAMec (Gallery of Modern and Contemporary Art), three very different art spaces whose collections range from Renaissance frescoes to contemporary works. 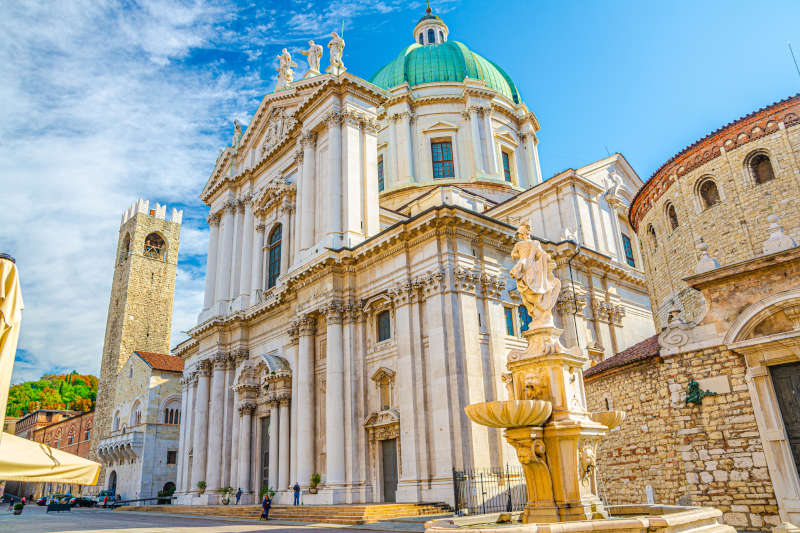 What to do and see in Brescia

Brescia is the second most populous city in Lombardy after Milan. Its well-kept historic center embraces Roman ruins and Renaissance squares, medieval buildings and remains from the Fascist period, which can be discovered by visiting its four main squares.

The tour of the city can start from Piazza del Foro, where the archaeological complex of the Roman Forum dating back to the 1st century BC is located. It is one of the most important collections of Roman relics in northern Italy, with vestiges of temples, burial sites and ancient frescoes.

Also worth admiring is the Winged Victory, a Roman bronze statue considered by the locals as the symbol of the city, while for art critics it is a sculptural masterpiece. Not far from the Forum is the vast Museum of Santa Giulia, which, as part of the Italian Capital of Culture 2023 programme, will offer you a retrospective on the Brescian Renaissance.

Piazza Paolo VI is a showcase of medieval architecture and the religious heart of the city, home to not one, but two cathedrals: the neoclassical Duomo Nuovo and the 12th-century Duomo Vecchio, also known as La Rotonda, a rare example of a circular building stone medieval.

How to get to Brescia and Bergamo Capitals of Culture 2023

The city of Brescia is just 20 km from Lake Garda which can be traveled by car along the A4 highway or even by train, starting from the stations of Desenzano del Garda or Peschiera del Garda. Bergamo can also be reached by train or by car from Brescia. The distance between the two cities is about 45 km.

The lake is also connected to the city of Brescia via a cycle path that descends from Salò, passes through Desenzano del Garda and arrives in Brescia right in front of the Mille Miglia Museum.

An event that connects Lake Garda with the city of Brescia every year is precisely the Mille Miglia, an event of vintage cars that starts from Brescia and covers some of the most scenic routes of Benaco on its way that then descends towards Italy central.